Illinois teenager Lauren Hernandez was just 1 yr old when she met Joe Iosco, her mom’s boy friend. Little did she know he would end up being among the most significant people in her life. 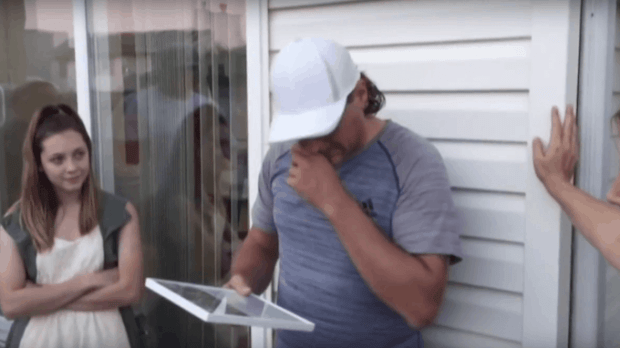 Despite not being related by blood, Iosco became the father Lauren never had. He paid for her Catholic school tuition, and took her on family vacations. “He wasn’t there for Lauren’s birth, but he’s loved her the same way he loves our little girls,” Lauren’s mother, Sally Hernandez, said. “He chose to stay. He chose to stick around.”

So when 18-year-old Lauren graduated from high school, she decided to show Iosco how much she appreciated him by giving him the best gift he could ever ask for. 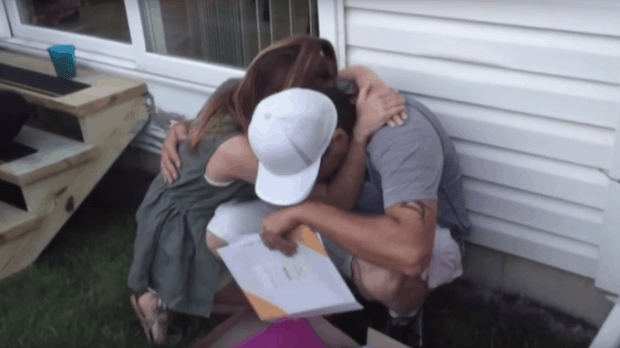 During her graduation party, she presented him with a box. Inside, Iosco found a poem Lauren wrote especially for him.

Already touched by that simple gift, what Iosco saw next brought him to tears. At the bottom of the box was an envelope, containing adoption papers so he can legally become Lauren’s father. 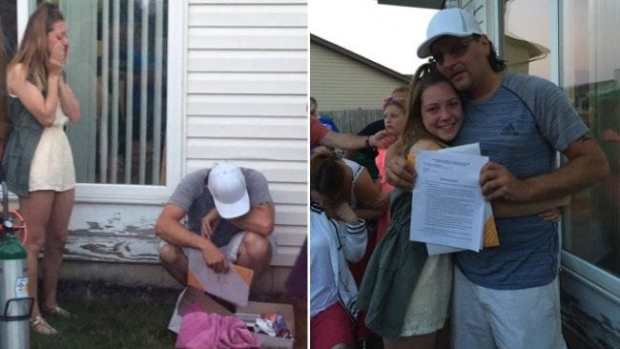 When Lauren was younger, adoption was a near impossibility because her biological dad had visitation rights. But the Hernandez women started looking into adult adoption without Iosco’s knowledge just months before Lauren’s 18th birthday in April.

Iosco said he loves being a father to Lauren. “I’ve wanted nothing more than to be her dad from day one,” he added. “Growing up I came from a separated family. I always had it in my mind that I would never want other kids to go through that.”

Watch the entire video below.

Though the papers may only be a formality, “for her, it makes it official,” Hernandez said. As for Lauren’s special gift, Joe said it’s “one of the best things I’ve ever received in my life.”